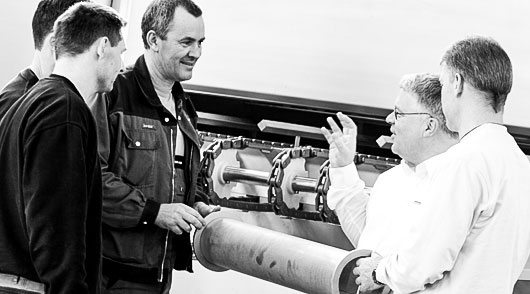 A scheduling tool for the entire company

A single order for a customer can consist of more than 100 different processing machines and transporters etc. In the past each department had its own Excel sheet to plan their work in, and since most supplies consist of complete production plants for the food industry, all departments are usually involved in solving the tasks. This meant that a lot of time and energy were spent on coordinating and updaing the individual spreadsheets for each department to keep track of production and deliveries.

Cabinplant were aware that they had started a very ambitious project if they were to meet their own objectives and gather project and production schedules for all departments into a single schedule. Therefore, Cabinplant decided to have consultants from ROB-EX A/S on the project as advisor and project manager throughout the entire implementation process. It would ensure the best possible start and that all departments’ needs were meet best possible within the standard system framework.

Cabinplant put together a project team with participants from all departments, and together with a consultant from ROB-EX A/S they built a template model to use every time a new project is created. The model was tested on a number of selected projects, and this way the template was adjusted to match the “real” world at Cabinplant.

Therefore, when Cabinplant chose to go into operation with ROB-EX they were confident that it would work as intended, and all stakeholders had a successful experience. When you put such a comprehensive system into operation it is important that the employees who provide input to the solution also get a result at the other end, which gives relief in their daily work, e.g. in the form of updated reports and overviews they can count on and steer by.

Every employee has an overview of what tasks they are assigned on various projects that run simultaneously, and if the total work load sums up to more hours than the resource is rated for, an alarm will show in the schedule in ROB-EX.

All employees who are assigned projects regularly reports their time consumption via the time registration system in Dynamics AX, and the project schedule in ROB-EX are regularly updated with the actual time consumption. This way the project managers and heads of departments can follow the progress in on-going projects. And it gives them a very good follow-up tool.

The project schedule in ROB-EX can be seen at a very general level, but it can also be folded out to multiple levels and for each level the schedule becomes more and more detailed. Cabinplant can do with one project schedule that meets all stakeholders’ need for information, ranging from the need for the big picture of the overall project to the employee who works with a single machine part in a project.

Cabinplant A/S was founded in 1969 and employs several hundred employees. They have subsidiaries in Germany, Spain, England, and Poland. Cabinplant is a market leader within the manufacturing of complete production plant for the food industry and delivers turnkey installations worldwide. 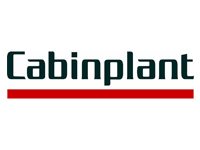