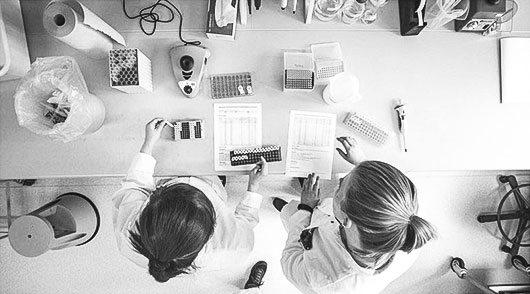 Enzymes for industrial utilization are found in e.g. detergent, animal feed, the production processes of bread, wine, beer and juice, and also in the treatment processes of textiles and leather. Enzymes replace traditional chemicals or additives, and make possible a reduction of water and energy consumption in many production processes. Enzymes are found inherently in all living organisms; plants, animals, and human beings.

The production process where micro organisms are grown to biochemical products is in general called fermentation. The fermentation process is a biological process created by microorganisms such as yeast or bacteria, for example yeast cells that transform sugar into alcohol. After fermentation, the material undergoes a very complicated cleansing and purifying process that is divided into several steps, which are carried out in a separate purification facility. The material is liquid and undergoes a process involving between five and 12 steps with a lead time up to 170 hours. The production process varies considerably. The material consists of living yeast cells, and consequently not two batches will be identical.

Novozymes wanted to improve the scheduling of the purification processes. In general the objective was to carry out the scheduling assignments locally and to improve predictability of the process. The mean included raising the level of detail. Previously only the first step in the planning process was scheduled, and therefore it was difficult to see and handle bottlenecks. The aim for Novozymes was to schedule all processes, including intermediate storage on tanks, and have a quick implementation of the solution.

Novozymes chose ROB-EX Scheduler because of these features:

The orders are detail scheduled on app. 40 resources and the current schedule is distributed electronically via a ROB-EX viewer for operators in the control room.

At Novozymes ROB-EX gather data for detail scheduling from the ERP system SAP. The exchange from SAP to ROB-EX includes order data (batch no., product no., amount, and planned start/stop), resources, and production routes (prescription). This saves double data entries and minimizes errors in data.

Improvements that are easy to spot

The biggest gain has been achieved through improvements in lead times. This has also led to better compliance with delivery times to internal customers, a reduction of work in progress, and capacity on existing equipment has been freed. Now the operaters can see immediately what a delay somewhere in the process means for the rest of the production process, and how it affects the orders that are in progress – not to mention what alternatives there are to choose from when adjusting the schedule. Decisions are made faster and on a qualified basis, and employees are happy with the visual overview and clarity in the complex production.

Novozymes A/S is global market leader within the field of biotech. The division in the Danish town Kalundborg produces enzymes and microorganisms and has more than 700 different products. The site i Kalundborg is one of the world’s largest and most advanced enzyme production facilities. 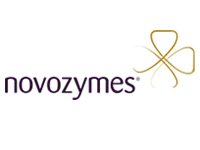 Establish a local detail scheduling that could increase predictability