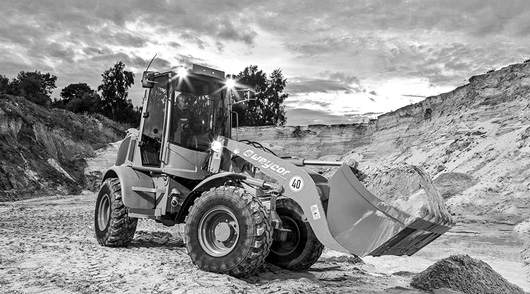 Scantruck, the largest Danish vendor of construction machinery and equipment has completed the process of selecting and implementing a new scheduling solution. The solution was designed to optimise processes for fitting large construction machinery with ancillary equipment. After a comprehensive search of the market, Scantruck’s ultimate choice was ROB-EX Scheduler.

ROB-EX had been recommended by other users, who had highlighted the simplicity and transparency of ROB-EX scheduling, e.g. easy access and comprehensive viewability of the plan and a smart and intuitive user-interface. Scantruck participated in the ROB-EX Users’ Day, and the large number of participating ROB-EX users also served as assurance of the qualities and reliability of ROB-EX.

Scantruck and ROB-EX A/S started their collaboration with a demonstration of the system and a subsequent workshop.
“The counselling and project processes were great,” says production planner Søren Paaske Dahlgaard. “Our project manager, Alex S. Vestergaard, who was in charge of the ROB-EX preparation and implementation project for Scantruck, was good at guiding us and helping us set up a relevant framework for the project. He told us what to expect as customers and he was good at keeping us updated on the progression of the project. It was a very positive and constructive process for us – and it was not complicated at all.”

Søren Paaske Dahlgaard was employed as a project manager, and he was responsible for getting the ROB-EX project up and running, and for the integration of the company’s three IT systems Aspect4 (ERP), Smarttid (Time registration) og ROB-EX (production scheduling). Søren Paaske Dahlgaard currently teaches planners in ROB-EX, and supports them in their daily scheduling.

“I really thought that it would be very complicated to implement the system – primarily, because I really didn’t know a great deal about this at the time. Alex S. Vestergaard, Senior Solution Specialist at ROB-EX A/S, was great at getting everything up and running. He told me everything that I needed to know – but no more than I was able to digest. He has been an excellent guide, and my role has mainly been that of a coordinator of activities”, Søren Paaske Dahlgaard happily recounts.

It was essential for Scantruck that their existing IT / ERP suppliers approve ROB-EX, as the system needed to integrate both with the existing time registration and ERP systems. Alex S. Vestergaard assisted in clarifying the roles of the two stakeholders in relation to the scheduling project, and he handled the contact and communication with them himself.

“Everything was cleared up and resolved via the workshop. It was really a good thing for us to work closely with ROB-EX A/S, and to be able to ask them direct questions about the tools; delve deeper into the details of our scheduling needs and identify our specific requirements regarding a new scheduling solution. The workshop included an introduction to the outlining of initial ideas, and we clarified how we should have our data move between the systems – it became clear what we really needed, and we were helped to fully grasp the demands of the other stakeholders,” says Søren Paaske Dahlgaard.

ROB-EX A/S also sees great benefit in conducting workshops before project start-up. “During workshops we always use the potential customer’s own data, and together we develop a shared understanding of the scheduling tasks and challenges that the solution must cover,” Alex S. Vestergaard explains.

Scantruck is the largest vendor of construction machinery and equipment in Denmark. The company was founded 21 years ago, with 4 employees. Today the company operates from two locations (Skive and Ringsted, both in Denmark) and the organisation has a total of 165 employees.

Scantrucks’ vision is to be the go-to supplier of machinery and equipment in Scandinavia – and to be the largest player on the Scandinavian market. This requires that delivery times are reliable, that production is flexible and capable of adapting to change. ROB-EX Scheduler has contributed to moving the company closer to the vision, by meeting the main strategic objectives for the project. 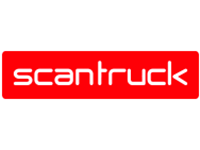