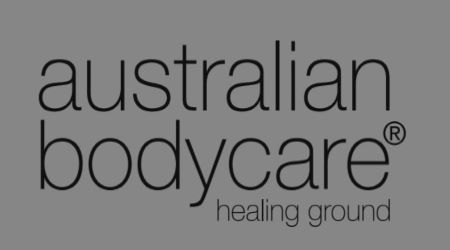 Australian Bodycare is a Danish manufacturer of beauty and care product, which has chosen ROB-EX for digital scheduling of the company’s production processes. The idea was ‘just’ to make scheduling more flexible, manageable and easy to adjust, but the solution has proved to have a positive effect for others than the planners – in fact, the visual overview over the production has strengthened cooperation across the entire organisation.

Scheduling used to be extremely burdensome

Australian Bodycare has been very successful with its products since the start in 1992 and the production was handled with Excel and NAV for many years. But the limitations of that setup gradually became clear and after having searched the market for dedicated digital scheduling systems, the company chose ROB-EX.

“It was extremely burdensome to do the scheduling. First we used Excel, but the calculations soon began to become very complex. We then turned to NAV but that system worked on basis of unlimited capacity which meant that we didn’t have a true overview – the system was able to calculate what to produce but not when. The lack of an overview meant that we were nervous about ending up with too much in stock.”

“Our routine was that a plan was made by the planner, then printed and posted in the production hall. But things often changed with short notice leaving us with an outdated plan. It became clear to us that we needed a more detailed and flexible system.”

Australian Bodycare and ROB-EX were engaged in a lengthy dialogue with each other before the system was activated. The value of the system was clear but so was the need for getting basic data, routes and item lists in order first. When that was done, the team was ready to move.

“We have been very happy about the process overseen by Linda from ROB-EX. It was all very professional. Also Fie and Christian from the ROB-EX team were very competent and knowledgeable about manufacturing and the reality of running businesses like ours. It has been a great experience from A to Z,” says Esben Kristoffersen.

Scheduling has become flexible and overseeable for everybody

“I want to mention two advantages of ROB-EX. The first is the flexibility. In a business like ours we never know how the day will unfold. If a machine breaks down and a series need to be rescheduled then it was extremely difficult to do that in NAV. With ROB-EX we can react immediately and make a new plan where all consequences are made clear – do we have sufficient materials in stock or are we behind schedule?

“The other great advantage is the overview. The plan is shown visually in ROB-EX for everybody in the company to see, and this means that everybody gets the big picture. This is of course important for the decision makers, but it is certainly also very motivating for a production worker to see how his or her task is an important part of the larger system. You understand the importance of what you do, and there’s nothing more inspirational than that.”

A shared sense of responsibility

It sound improbable that software can do that, but ROB-EX has meant that management and employees at Australian Bodycare have become closer.

“It was difficult for our CEO and our Sales Director to keep up. Now they can and that has improved the level of understanding. ROB-EX collects all data and ensures co-ownership for managers and employees. When the production schedule is visible for all it is much easier to see that you are in this together – and it is also easier to have the conversation about why a scheduled order has been moved etc.”

“We have pulled closer together and our team spirit has improved. We now have a shared schedule for everybody to see. ROB-EX is used actively in our meetings every day and this has given us a better sense of community around our tasks,” Esben concludes.

The production processes at Australian Bodycare are complex, but the ROB-EX support is always ready to respond to questions and solve problems so that constant optimisation of the setup is ensured.

“The support works really well and I have been very happy about the quick help they provide. I only have praise to give. I have rarely come across someone so professional and hands on, ready to solve issues right away. I am an impatient man, so it is cool that Katrine from the ROB-EX support gets back to tell she’s on the case and will return when it is solved. Then I know that things are in good hands. Super cool,” Esben Kristoffersen says.

Australian Bodycare manufactures products for skin and hair treatment based on Australian tea tree oil – a natural, essential oil which is extracted from the leaves of the Melaleuca Alternifolia tree. The unique oil of this tree has been known for its antifungal and antibacterial effects through centuries. The products are manufactured in Vissenbjerg, Denmark, and they are sold all over the world.